If you’re like us and enjoy country music, then you’re in for a surprise with Chris Stapleton’s new album. Chris Stapleton – From A Room: Volume 2 will win your heart over. This is a sponsored post. I was compensated for facilitating this post; all opinions are all mine. Kelly and I are die-hard southern country music fans. We love music that we can identify with as women. Chris Stapleton always seems to capture our hearts with his music. We both agree, he is a remarkable singer with a deep voice that can soothe any mood you’re in. I don’t know about Kelly, but I dig his long hair and long beard, and that cowboy hat he always wears. I love seeing him on award shows.

Chris Stapleton – From A Room: Volume 2 Chris Stapleton’s new album is available now on iTunes and Apple Music. You can hear snippets of nine of his songs, including Millionaire and Hard Livin’ by visiting From A Room: Volume 2 right now. This 39-year-old musician has only just begun!

Chris Stapleton may have been an overnight sensation, but he has been behind the scenes for years in Nashville, heading up bluegrass music for a group called SteelDrivers, and working as a professional songwriter for George Strait, Kenny Chesney, Luke Brian and many others.

As many musicians go through long hard roads, Chris Stapleton had his share. But when his debut album, Traveller hit the charts in 2015, it won him three major awards at the Country Music Association Awards. Best Male Vocalist, Album of the Year, and New Artist of the Year. All these awards boosted his visibility, leading to four Grammy nominations, including Album of the Year. Also his first major hit, “Nobody to Blame.” Just look at him today, he has become one of the most amazing singer-songwriters around! You agree?

If you’re looking for cool gifts to give this holiday season, I suggest checking out Chris Stapleton, From A Room: Volume 2 for all those country fans on your list!

Check out my ultimate garden room where Kelly and I are hanging out and where we rock out with country music!! 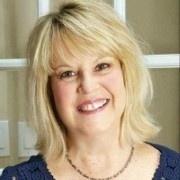 Hello! I’m Kim from Dallas-Fort Worth, Texas. This is me and my grandSON, Brody. We show you how to have fun on adventures around Texas & beyond. Next up, camping in Tennessee. More About FGM